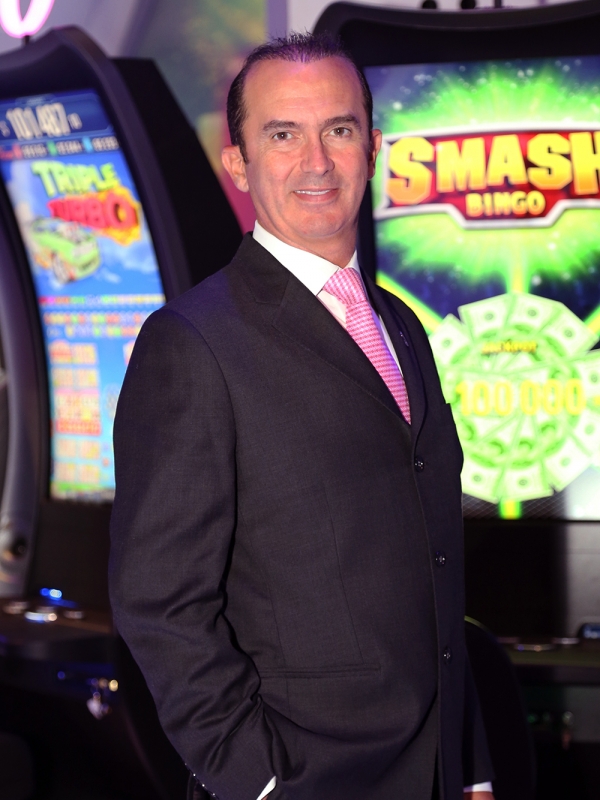 In this article for Games Magazine Brasil, Alejandro Ortiz makes an analysis of its presence in the global gaming market and points out that the company has developed and customized products to meet the peculiarity of each place where it is present. And he predicts that by the middle of next year Brazil will regulate the activity: “We have the Brazilian DNA in our essence and this will be a differential”.

How do you see the current positioning of the company in the global gaming market?

First of all, I would like to thank the invitation of this interview, since Games Magazine is a publication I have known since my beginning in the gaming industry. And answering your question, we are strongly positioned as the leading supplier of video bingo to the global market both in the physical market and the digital market.
Our company is expanding the supply of video bingo products as well as offering added products. With regard to our platform, you can see in G2E this year a wide range of products in 27-inch monitors, with the new generation of video bingo games. With all this we are able to increase our market share in the continents where we operate.

What are the main countries where Ortiz is operating?

We are operating in several countries of America, Europe and Asia regarding the physical model, in the online sector we have contracts signed in several pages around the globe, and this is the result of our products.

What does the company expect for 2018?

We can separate 2018 growth into two parts. The first on a global level, we expect a fairly robust growth, both in the growth of the number of installed machines and in the best financial result of our games, and as a consequence of these two points, growth for the benefit of our customers, which is our ultimate goal.
We are also significantly expanding our development department. The goal is customizing our games to every market, both in America and in Europe and Asia, since they have different player profiles. So, we are customizing our games for each of them, both in the graphic and sound form, as well as in the mathematical distribution.

And what are the company's plans for the future opening of the gaming industry in Brazil?

We are betting very strongly on the opening of the Brazilian market, the manufacture of our cabinets models in Brazil and the operation of our games inside the bingo halls that will open.

With Brazilian DNA, Ortiz Gaming is very familiar with the Brazilian market. Will this be a competitive advantage over other players who have never operated in Brazil?

At first, it will certainly make a lot of difference for several reasons. As we have the knowledge of the market and the taste of its players, we will have the best starting games. By prior knowledge, we know the best places of gameplay by state, by city and by neighborhood in the country, thus giving us a certain advantage of market knowledge.
The initial phase will be key to position ourselves strongly in the market, but after this stage, we will enter the healthy competition phase of the market, in which each company should continuously develop the best products, have the best operation of rooms, because the mature market would be like any mature market in the world. Only competence will make a difference.

What will be the difficulties for starting the company's activities in Brazil?

In fact, in order to be able to answer your question widely, we should have prior knowledge of what the rules of the new market will be. Will it have game certifications? Will It have certification of the cabinets? Will there be homologation of the companies? Will there be a licensing bid?
There are many questions on how will be the market rules. But I can tell you that we will have much less difficulties than the other companies. Not only because of the market knowledge, but also because our games have already been approved in several countries, including the United States and the Philippines. Practically enabling our games for the first moment.

Will it be the main market for Ortiz Gaming?

I believe so. Or rather, in each country we are present, we work and dedicate ourselves in the same way, regardless of their position in the market. In Brazil, we will act in the same way, and if this country becomes our biggest market, all of Ortiz Gaming team will be very proud, since we have the Brazilian DNA in our essence.