The world is changing and the game also has to change 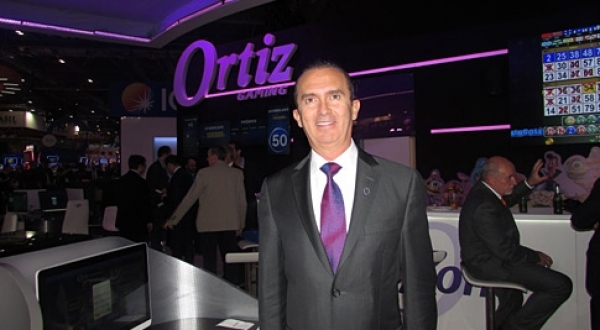 As he passed through London, Mr. Ortiz spoke about his new concept in Video Bingo and made special emphasis on the industry's need to keep evolving to keep interest in young people.

How did you see the latest edition of ICE? What is the promise that Ortiz Gaming has for the European market?

We are presenting what is the concept of video bingo. All companies up to now have been doing the same thing, so what we did was transform the look of the bingo video screen. In this way, the game does not fit on the screen or stretch but adjusts to the proportion that is best for the player.

Fortunately, we are doing very well because the customers immediately notice the difference and reflect the quality of the new products and technology we are placing.

In addition, we showcase four different types of cabinets and OrtiZone, a solution that uses state-of-the-art technology to transform any space into a gaming area.

As for what the European market is, in several countries there is bingo but Spain is still the most important. How is the company positioned in this market?

We are growing in Spain, in fact, recently we closed six contracts. But bingo I think is a market that is in full growth worldwide. Even in England we see significant growth, as well as in other countries.

And in Latin America? What do you expect from Brazil that historically had a great culture of bingo and that now seems to be getting closer and closer to legalizing the game?

We are throughout the markets of the region and we have made various product launches/rollouts in the area. Fortunately, we are also growing in the United States, we have overcome all the difficulties of entry, certifications and now we are in a process of growth.

We are also waiting for the Brazilian market that is sure to open. Now, the question is when. But meanwhile, we are preparing for when that happens. We are putting together a whole line of specific products for that market, not just what bingo machines are, but everything that is the bingo environment.

We also need to understand a bit about how the regulation of the law will be, because until we are sure how it is going to be regulated we can not define one hundred percent of the products, but practically 90% is defined.

As for the Millennials, and how to attract them, is bingo a good strategy for the casino?

I think that not only the bingos are, but all the machines that by themselves generate a greater attraction. You have to incorporate more features into the machines to increase the number of players and reach the younger.

We launch a series of products that have several prizes, giving a greater effectiveness to the machine. It's about looking for that a bit.

But we have to divide the group of young people who go through different stages: there is the phase of playing football, falling in love, university, going out with friends and little by little will start to make money and want to invest it in a fun and they're going to become a potential player. And we have to make products for each type of audience. But at this time we are not focused on an audience younger than the legal gaming age.

And for the 35-year-old, is bingo an attractive alternative?

If in fact, within our teams we are placing some attractions designed exactly for this audience, who does not think about playing a card and that each game lasts 10 minutes, it is very boring for them. Then, the machines have the movement and intensity they seek, because this generation is accustomed to another rhythm, by the television, the computer.

The world is changing, so the game also has to change.